The fine art of engraving and carving gems is an ancient tradition dating back thousands of years to the early cultures of Mesopotamia (modern-day Iraq, Kuwait, the north east of Syria), and later, the Minoan world (which included parts of Greece and Cyprus). The earliest known lapidary work, in it’s most basic form, is thought to have occurred as far back as the Stone Age.

Although some 21st century tools are quite different, the actual process of cutting, carving and engraving is the same today as it was in antiquity. Ancient carvers used fine grit, sometimes crushed garnets and a treadle turntable or carborundum stones. This is still common today, in India and China with jade carving.

The ancient techniques of gem carving are an art in themselves, and it can take decades to master them, but Naomi Sarna became a renowned worldclass gem carver in just five years. Her carvings and jewellery, made from her gems and pearls, have won numerous Spectrum Awards, considered by many to be the most esteemed and prominent creative accolades in the jewellery design industry.

Naomi Sarna is a master carver, an extremely talented creator of collectible, magnificent gem carvings and precious, fine, one-of-a-kind jewels. It all sounds so simple, but like most overnight successes, Naomi’s natural ability came from a lifetime of artistic experience and thought. One of her earliest memories is moulding some clay and discovering the pleasure of working with her hands. “As a child, I made jewellery from seashells, and I was already interested in flowing lines and the interplay of light and shadow.” As an art student in her early twenties, Naomi studied stone carving and sculpture at the Pennsylvania Academy of Fine Arts in Philadelphia, the oldest art school in the United States. “It was one of the happiest times of my life, says Naomi, “We were all there because we wanted to be artists, and the heritage of the Academy was profound.” The young student became fascinated by drapery, particularly in classical sculpture and Renaissance painting. “I like to incorporate this love of the flow of fabric into my gem carvings and set pieces,” she says. “An opal becomes a piece of gathered fabric, and a prism of refracted light. I am always looking for the long, sensuous line to define what a stone could and should be.” Being able to envision a sculpture within an uncut block of stone, a gem or piece of wood, and bringing it to life by carving and cutting away, is one of the greatest skills a sculptor can have. It’s an almost magical ability to see the unseen, and it’s something quite evident in Naomi’s work. 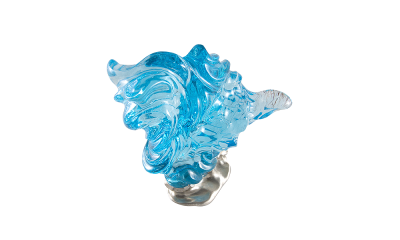 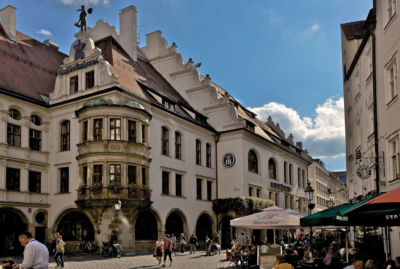 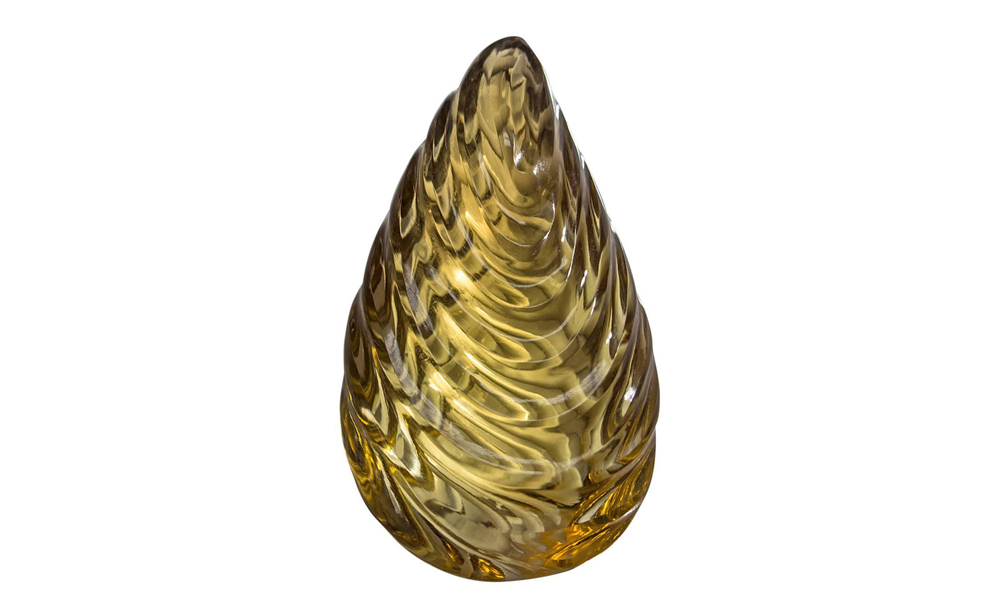 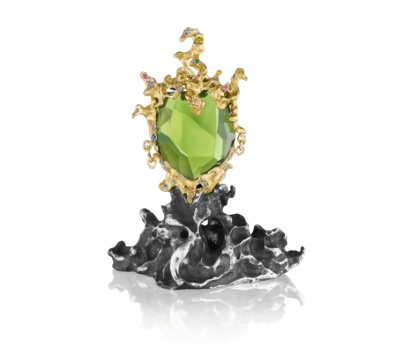 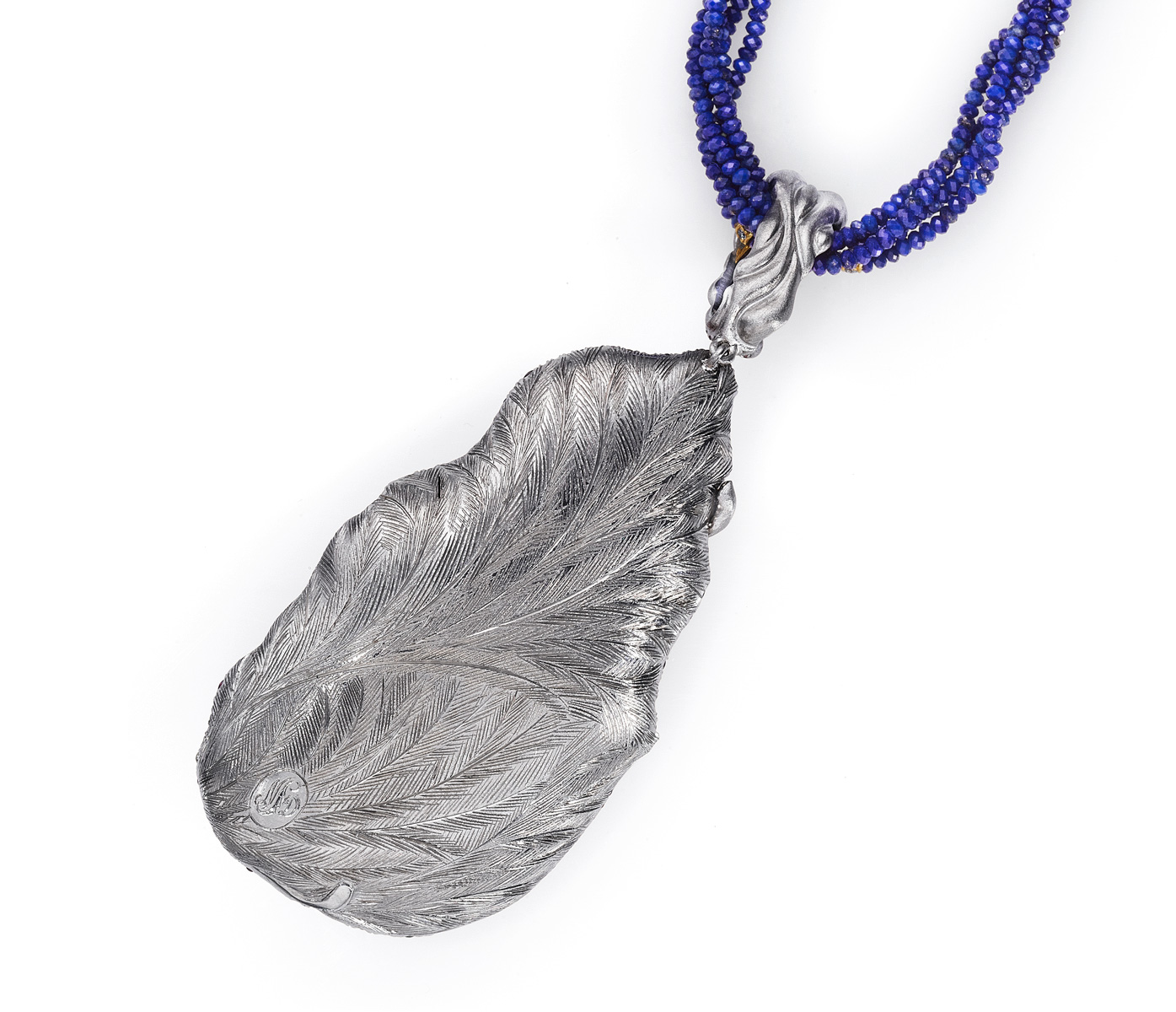 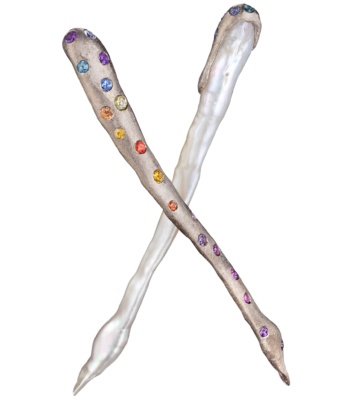